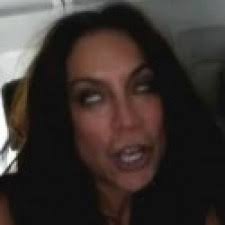 WASHINGTON – A US Muslim civil liberties and advocacy group has announced its plans to erect its own advertisements in Metro stations to combat anti-Muslim hateful ads that equate Muslims with “savages.”

“They need to be countered through collective American efforts to reject Islamic phobia and hate mongering and celebrate the forgiveness, free speech but also civil speech.”

The counter ad campaign was planned after a federal judge ruled that no one could stop the signs from going up in Washington metro stops, citing freedom of speech.

The ad campaign is the second in an American state following earlier campaign in New York city.

The provocative ads were sponsored by the pro-Israel American Freedom Defense Initiative.

CAIR said the anti-Islam ads are hurtful and create a climate of fear during a time when mosques are being targeted, shot at, burned and vandalized.

They’re going up next Tuesday at Glenmont, Georgia Avenue and U Street Metro stops.

The CAIR signs read a passage from Noble Qur’an saying: “Show forgiveness, speak for justice and avoid the ignorant.”

Getting the backing from nearly 130 organizations from all religions, CAIR purchased three ad spaces for $5400.

The CAIR signs will not be next to the hate signs but will be at three of the four stations where the anti-Muslim signs have been erected.

The signs will be up for four weeks.

“That’s humble, it shows humility and does not lash out,” he added.

Diane Tepfer was inspired on her train ride into making her own sign that reads ‘all human beings are created in the image of God.’

“I had to counteract this however I could. U street is my home.”

Many Christian and Jewish organizations have already expressed solidarity with Muslims by hanging pro-Muslim posters next to the provocative ads in New York to condemn intolerance and celebrate the city’s diversity.

The ad by Rabbis for Human Rights says, “In the choice between love and hate, choose love. Help stop bigotry against our Muslim neighbors.”

The ads, which went up on Wednesday, say, “Hate speech is not civilized. Support peace in word and deed.”

Following an acid bomb being hurled at a Muslim school in the Chicago suburb of Lombard, a spokesperson for the Council on American-Islamic Relations (CAIR) told Raw Story that the number of attacks on American Muslims has escalated recently due in part to the Republican Party’s “Islamophobia machine” encouraging a tiny minority of extremists toward increasingly violent behaviors.

About 50 people were inside the Lombard school building for Ramadan prayers when the acid bomb exploded, according to area media. The unknown attacker reportedly filled a 7-Up bottle with acid and other materials, then threw it at a window. Nobody was injured, but worshipers said they heard a loud explosion when the bomb went off. CAIR asked the Federal Bureau of Investigation (FBI) on Tuesday morning to immediately begin searching for the individual responsible.

For Illinois Muslims, Monday night’s acid bombing marks the second attack on a Muslim-affiliated installation in less than a week. Police arrested 51-year-old David Conrad last weekend after he allegedly opened fire on a mosque in Morton Grove, Illinois, narrowly missing a security guard as worshipers prayed inside. The FBI said it would leave the investigation of the mosque shooting to local law enforcement.

“I don’t know what’s going on, other than it being the month of Ramadan with heightened activity at mosques nationwide,” Ibrahim Hooper, communications director for CAIR, told Raw Story. “I think most of these things are related to the rise of anti-Muslim sentiment in our society, generated by a well financed Islamophobia machine… The same kind of people cited by [Norway mass murderer] Anders Breivik in his manifesto.”

The shooting incident occurred just hours after Rep. Joe Walsh (R-IL), a tea party favorite, told an audience that Muslims are “much more” of a threat to Americans than ever before, adding that people of the Islamic faith are “trying to kill Americans every week.” His comments followed a conspiracy theory spun by Rep. Michelle Bachmann (R-MN), who called for an investigation into whether Egypt’s Muslim Brotherhood is secretly controlling an aide to Secretary of State Hillary Clinton and a Democratic member of Congress.

Both recent attacks in Illinois appear to be part of a growing emergence of extreme anti-Islamic sentiment across the country.

Just two months ago in Dearborn, Michigan, a group of Christian missionaries hijacked an Arab-American festival, walking through it carrying a pig’s head on a pike and signs insulting the Prophet Mohammed. In California last week, an unknown person hurled pig feet at the site of a proposed mosque. In Rhode Island one week ago, a vandal smashed the sign in front of Masjid Al-Islam in North Smithfield. In Oklahoma on Sunday, vandals fired paintballs at the doors of the Grand Mosque of Oklahoma City. And a suspicious fire that destroyed a mosque in Joplin, Missouri — the second suspicious blaze there in about a month — is still under investigation.

“Whenever you have people with some measure of respect in society smearing Muslims and Islam, it’s going to have a negative impact in terms of these kinds of incidents,” Hooper concluded. “[They should] act responsibly and tone down this anti-Muslim rhetoric. Unfortunately, it seems that Islamophobia is now a plank of the Republican Party’s political platform. It’s really disturbing. When I get a call about another incident of anti-Muslim hatred by an elected official, I don’t even have to ask what party they’re from. It’s always the Republican Party.”
——

Sam Kharoba fancies himself an “expert” on terrorism. The Jordanian-born Kharoba, a Christian, believes the founder of Islam, the Prophet Muhammad, is a “pedophile, a serial killer, a rapist.” And he’s teaching the police officers of Florida, where he is based, these claims in courses on Islam and terrorism.

But a coalition of 30 Muslim organizations is now raising the heat on Kharoba and the Florida Department of Law Enforcement (FDLE). A detailed letter sent this month to the FDLE commissioner outlines Kharoba’s anti-Muslim statements and demands that “Kharoba be removed from your approved list of trainers and not be approved to train anyone associated with the FDLE.”

The letter comes after the Council on American-Islamic Relations (CAIR) in Florida obtained public records documenting the training given by Kharoba. According to the group, Kharoba has trained police officers in Florida at least 21 times from 2005-2012. The letter also states that “Kharoba has neither the academic nor the operational background to qualify as a subject matter expert on either Islam or countering violent extremism.”

The revelations about Kharoba’s trainings, paid for with taxpayer money, come over a year after a lengthy Washington Monthly expose of Kharoba and the larger industry of self-styled “experts” on terrorism that defame Islam and Muslims. Among Kharoba’s outrageous statements that the outlet highlighted:

When you have a Muslim that wears a headband, regardless of color or insignia, basically what that is telling you is ‘I am willing to be a martyr.’

Islam is a highly violent radical religion that mandates that all of the earth must be Muslim.

Anyone who says that Islam is a religion of peace, is either ignorant or flat out lying.

The FDLE is reviewing the Muslim coalition’s concerns, but a spokeswoman also told a Florida newspaper that “We have utilized [Kharoba] in the past as a counter-terrorism instructor and received positive feedback on those taking the course, no complaints.”

The letter highlights some damning features of that feedback. One law enforcement agent said that, after taking Kharoba’s class, he or she was “going to make sure we have completed survey of existing ME/Muslim population and have a clearer understanding of their properties.” Another said: “This can be very useful knowing that Shiite is more radical than Sunni.”

A FDLE public information officer, Keith Kameg, offered no new information in a brief interview, saying that the department is “reviewing” the coalition’s concerns and that they have received “positive feedback” from officers who had trained under Kharoba.

Questions have also been raised about Kharoba’s credentials. As Florida journalist Cristela Guerra recently wrote, Kharoba has “no official certification in counterterrorism or degree in Middle Eastern studies, let alone experience in the military or law enforcement…Kharoba bases his qualifications on his life experience in Amman, Jordan.” Guerra also reported that while a spokeswoman for Florida law enforcement “emphasized [that] Kharoba is not certified in counterterrorism training,” he was allowed to teach because he was “granted an exception to work in FDLE-sanctioned training centers.”

Kharoba was also the subject of a 2005 complaint filed by a Muslim law enforcement officer with the Equal Opportunity Employment Commission. The commission found that “the instructor made numerous statements and comments offensive to complainant based on his religion (Muslim).”

Nezar Hamze, the executive director of CAIR’s Florida branch, said that a meeting with Florida law enforcement officials over this issue will likely be held after Ramadan.