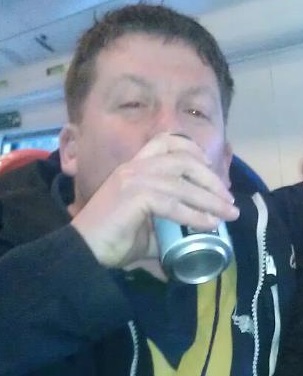 Alcoholic Anthony Forrester attacked two supermarket security guards – after they asked him to pay for a bar of chocolate he had stolen and eaten.

The 44-year-old was in the Marks and Spencer store, in Hanley, on October 17 when he picked up a 69p bar of chocolate and ate it without paying. North Staffordshire Magistrates Court heard yesterday how store security guards Ian Creed and Bekezela Ndlovu followed Forrester to Iceland, in Charles Street, to ask him to pay for the food.

Prosecuting, Giles Rowden said: “Mr Forrester picked up a bar of chocolate and ate it and threw the wrapper away. He was approached by the security guards and told them he would pay for it, but he then left the store. The security guards saw the defendant in the Iceland store where he became abusive.”

The court heard that he racially abused and swore at Mr Ndlovu claimed he was a member of the English Defence League.

Mr Rowden added: “He was using abusive language towards Mr Ndlovu, who was just trying to do his job. The other security guard was then punched in the head and bit on the hand. Forrester was then arrested, but on the way to custody he damaged a Perspex cage belonging to Staffordshire Police.”

Defending, Nicola Bell, said: “Mr Forrester has not appeared before the court in a long time. He has tried to tackle what is a very real alcohol problem which he has not been very successful at addressing. These are serious offences and they are in the context of the record of a man who is now 44 years of age.”

Miss Bell added: “There are two sides to Anthony Forrester. He can be extremely vile and unacceptable, but then there is the Anthony Forrester who wants to change and wants to address issues from the past. There are deep-rooted problems here, but the daily issue is the alcohol.”

Magistrates told Forrester: “This was a nasty, alcohol-fuelled incident.” He was handed an eight-week prison sentence, suspended for 12 months with 12 months supervision and an alcohol treatment requirement for using racially abusive language and the same punishment for the assault on Ian Creed, to run concurrently.

He was given no further penalty for the theft and criminal damage charges. However, he was told to pay £165 costs and £100 compensation to the victims as well as £20 for damage to Mr Creed’s watch and 69p to Marks and Spencer for the chocolate.

Forrester’s Facebook page includes among his “likes” the far-right Britain First party (a splinter from the BNP) as well as the EDL. Given his previous convictions for assault (see here and here) it is surprising that he wasn’t jailed.