William C Bradford, proposes to threaten “Islamic holy sites” as part of a war against undifferentiated Islamic radicalism. That war ought to be prosecuted vigorously, he wrote, “even if it means great destruction, innumerable enemy casualties, and civilian collateral damage”.

Other “lawful targets” for the US military in its war on terrorism, Bradford argues, include “law school facilities, scholars’ home offices and media outlets where they give interviews” – all civilian areas, but places where a “causal connection between the content disseminated and Islamist crimes incited” exist.

The West Point faculty member urges the US to wage “total war” on “Islamism”, using “conventional and nuclear force and [psychological operations]”, in order to “leave them prepared to coexist with the West or be utterly eradicated”. He suggests in a footnote that “threatening Islamic holy sites might create deterrence, discredit Islamism, and falsify the assumption that decadence renders Western restraint inevitable”. (h/t: JD)

It is surprising that this paper was able to make it past the editor and was included in the journal in the first place. It makes an elaborate case for the killing of professors and others who are deemed enemies of the state for criticizing the “War On Terror.” It employs the methodology of Robert Spencer in describing critics of the military and US policy as “useful idiots” and sympathizers of the catch-all bogeyman known as “Islamists.”

Most of the news reports have focused on Bradford’s fascistic call to eliminate professors and attack academic institutions. The retraction by the journal focuses completely on this aspect of his paper, which granted is the central thesis,

This past spring the Journal made a mistake in publishing a highly controversial article, Trahison des Professeurs: The Critical Law of Armed Conflict Academy as an Islamist Fifth Column, 3 Nat’l Sec. L.J. 278 (2015), by William C. Bradford, who is currently an assistant professor at the United States Military Academy. As the incoming Editorial Board, we want to address concerns regarding Mr. Bradford’s contention that some scholars in legal academia could be considered as constituting a fifth column in the war against terror; his interpretation is that those scholars could be targeted as unlawful combatants. The substance of Mr. Bradford’s article cannot fairly be considered apart from the egregious breach of professional decorum that it exhibits.  We cannot “unpublish” it, of course, but we can and do acknowledge that the article was not presentable for publication when we published it, and that we therefore repudiate it with sincere apologies to our readers.

Moving forward, the current Editorial Board is committed to generating legitimate scholarly debate, representing all points of view, in the area of national security law. However, we have learned from this experience, and we recognize the responsibility that attends our publication decisions. The process of selecting articles is one our Editorial Board takes very seriously, and we are re-examining our selection process to ensure that we publish high quality scholarly articles.

A welcomed and necessary retraction by the Journal to save face after this embarrassing incident, though it doesn’t tell us why they published or made this “mistake” in the first place.

It is telling that the retraction doesn’t mention another factor why Bradford’s article can be considered as exhibiting an “egregious breach of professional decorum”: the fact that it considers threatening “total war” and use of nuclear strikes on “Islamists” and Muslim holy sites as a reasonable strategy! Shouldn’t that be included in the whole reason why this paper was so awful? 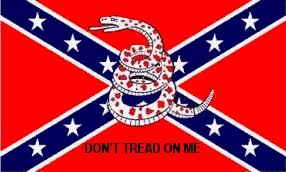 Aren’t conservatives supposed to be hawkish on terror? They tend to be when it comes to foreign terrorists, but many are taking umbrage at a new West Point report on violent far-right extremists home-grown right here in the U.S. Earlier this week, the Combatting Terrorism Center (CTC) at America’s leading military academy published an extensive report on the “dramatic rise in the number of attacks and violent plots originating from individuals and groups who self-identify with the far-right of American politics.” Christian fundamentalists, Militia movement groups, Skinheads, neo-Nazis, and violent anti-abortionists were all cited in the report, titled Challengers from the Sidelines: Understanding America’s Violent Far-Right. These factions may harbor different ideological goals, but as this chart shows, they’ve all ramped up their violent tactics in trying to achieve them:

In short, this report makes a convincing case about extremists trying to inflict harm upon innocent Americans, and it’s full of alarming data and clear policy recommendations. Conservatives love appealing to these kinds of studies when arguing that we need to get tough on terror, right? Well, not in this case. One Republican congressional staffer—who thinks only Muslims can be terrorists—told The Washington Times’ Rowan Scarborough:

If [the Defense Department] is looking for places to cut spending, this junk study is ground zero. Shouldn’t the Combating Terrorism Center be combating radical Islam around the globe instead of perpetuating the left’s myth that right-wingers are terrorists?

The National Review‘s John Fund also wants to change the subject to terrorists in other parts of the world:

The world is beset by terrorists—witness the American hostages taken in Algeria this week—but portions of our federal government continue to obsess about alleged home-grown threats from the “far right” … My sources inside Congress tell me they continue to worry that efforts to monitor domestic Muslim extremists as well as interdiction efforts against radical Islamists crossing the U.S. border are sometimes put on the back burner. The government denies this, but it seems to me its protestations would be more persuasive if it spent less time producing half-baked warnings about the danger of “right-wing extremists.”

World Net Daily’s Michael Carl extensively quotes blogger Pamela Geller in his article on the report. “This is another appalling attempt to demonize loyal Americans and whitewash the Islamic threat,” Geller says. “West Point probably is working on orders from higher ups. Or else it has bought into the dominant PC culture.” Over at Newsmax, Christiana Lilly buries the lede—turning a story about far-right terrorists into a story about liberals:

And yes, you better believe Drudge sirened it:

The Atlantic Wire mentioned Pamela Geller in passing, but she and her partner in hate, Robert Spencer, went far outside of anything that could charitably be called rational.

West Point targets believers in “individual freedoms” as terrorists is the title of Geller’s screed.  Geller says: “As the country (and the free world) face increasing threats and acts of war from jihadists both here and abroad, America’s leading military academy is focusing its military training on the enemy’s (and fifth column’s) obstacle to enslaving the union: Americans who believe in individual rights.”

She then cherry picks one sentence out of the West Point report, ignoring the rest of the report, and uses that out of context sentence justify this gem:  “The founding principle of this once-great nation is individual rights. The very reason for our existence. Everything magnificent and noble that we are acheived as a nation was a consequence of that founding principle. And now those patriots who adhere to that fundamental belief are the enemy.  …  This is war against who and why we are. And it seems it is “perishing” without so much as firing a shot.”

She is saying that American non-Muslim far right terrorists are an “obstacle to jihadists enslaving the union” and therefore they are “patriots”.  West Point in targeting these “patriots” is helping “the enemy”.   This is what happens to reason and decency when pathological hatred of any minority becomes the sole focus of an individuals worldview.

She then references an article by her partner in hate, Robert Spencer to reinforce her position West Point brands believers in “individual freedoms” as terrorists.  Spencer says “The U.S. Government has long since abandoned any realistic discussion of the Islamic jihad threat, and now is focusing on ordinary Americans who believe in individual rights as terror threats. And so the descent continues, ever more rapidly.”

The satire site Wonkette pretty well nailed this one Pamela Geller: Why Is America Being So Mean To Domestic Terrorists?:

Vision of loveliness Pamela Geller has taken a break from inciting crazy people to push Sikh dudes into the path of oncoming trains to wonder why West Point is being so mean to “loyal Americans” who just want to violently overthrow the United States government and/or kill some mud people! It is not like the oaths of office we just heard Barack Obama and Old Handsome Joe Biden swear include anything about enemies “foreign and domestic.” And our domestic terrorists loyal Americans just happen to be committing an average of 307 violent attacks per year lately, according to a new report from West Point! So what does Pamela Geller think of loyal Americans using violence to make their needs known?

“This is another appalling attempt to demonize loyal Americans and whitewash the Islamic threat,” Geller said. “West Point probably is working on orders from higher ups. Or else it has bought into the dominant PC culture.”

It’s true, Pamela Geller. Everyone knows that Timothy McVeigh was a loyal American, just watering that good old tree of liberty. And you couldn’t ask for nicer guys than the ones who shoot up temples if’n they are worshiped at by non-whites. West Point is a communist. Go to jail, West Point! Go directly to jail.

Such lunacy is par for the course for Geller and Spencer.  Their comments on the Hutaree Christian Militia arrests, and their shameless attacks on Anders Breivik’s Norway terror victims are an example of their one-dimensional worldview.  They are concerned only with Muslim criminals, any one else pretty much gets a free pass.